Oscar was a little boy of 12 when we first met him in 2008. This was before ABCD became a charity and I was in Tanzania volunteering with Rotary International. I had conceived the art/children/fundraising/school fees idea after my first trip in 2007 and wanted to find individual children to make art for this fledgling project.

Lynn was working with me in 2008 on this idea and we were looking for the most needy children in Kilema villages, which was the area where we were located at that time. Apparently the word spread far into the villages and one day, 9 little boys from far away villages of Marangu West appeared. They had walked 3 hours together through the hot, dusty trails to see us and to ask for help with school fees. Oscar was one of them. When I saw him on that day in 2008 I was worried about his health as his eyes were glassy and he looked very, very thin. We came to learn that this was the norm with many children. Oscar and the other children did drawings for us and we started our fundraising at home. A couple of years later, ABCD became a registered charity. Oscar is one of our first children.

Marangu West, where Oscar’s mama lives, is now the area where we are concentrating our efforts. Oscar was in Standard 6 (Grade 6) at the time and ABCD and his supporters have helped him all the way through the remaining 2 years of primary school, lower secondary school (4 years), upper secondary school (2 years) and we noted his academics were consistently above average.

We have just learned that he has been selected by the government to attend Tanzania’s largest and best university, the University of Dar es Salaam. He will enroll in the Faculty of Arts in Geography and Environmental Studies! He wants to study geography and become either a geography teacher or an environmentalist. We couldn’t be more thrilled or proud of him.

The volunteers of ABCD, and our donors should see this story as a testament to the strength of a child’s spirit when they know that they are loved and supported as they strive through adversity. Here are a few photos of Oscar through the years. 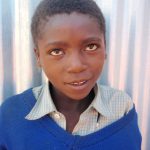 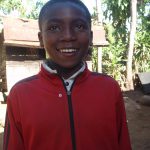 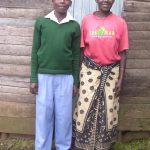 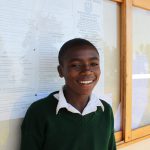 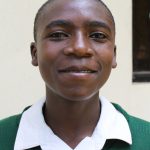 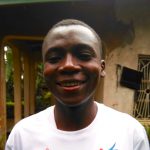