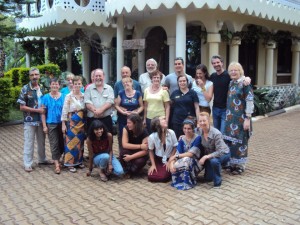 From two different sides of the world, Canada and Australia, two teams of volunteers came together in a small part of Africa to give, to sweat, to laugh, to cry and to work together on behalf of the children of Kilimanjaro. They became one team very quickly and through so many shared experiences, they bonded in friendship were able to open their heart so that they could both learn from the children and also give of themselves to them.

Part of the Australian contingent were Ken and Angela Wall and Ken and Carol Sharpe, founders of ABCD Australia, so it was double wonderful to connect with them  and hear all about the fantastic work they are doing in Fiji to forward the educational opportunities for children in Fiji. Ken W was also instrumental in facilitating the participation of group of students from Deakin University in Melbourne Australia to come and join in our volunteer effort this year as part of their university studies. These students put forth a tremendous effort and we thank them so much for the work they did. In no particular order these are some memories of this exemplary global team…

JOE worked fervently in the schools at Ngaruma VTC and Makomu SS with the solar light enterprise and in peer consultation with science teachers. Bleach and water softener are his forte!

HOLLY painted her heart out at Kilaremo PS and worked with dedication in the classroom teaching English at Ngaruma VTC. Holly imported badminton to Tanzania!

JANIS was an ever present source of compassion at the Medical Dispensary, teaching at Ngaruma VTC and painting at Kilaremo PS. She’s a whiz at London Bridge is Falling Down!

KEN AND CAROL were a powerhouse. Ken contributed immensely at the student conference in Moshi, and in the painting of Kiunguni/Komalyangoe PS. Carol was also a big part of the painting team at Kilaremo PS. Fine brush details work is Ken’s specialty!

KEN & ANGELA provided so much to the team. Ken’s skills were essential in dealing with the think-on-your-feet nature of the student conference. He then joined the amazing painting team at Kiunguni/Komalyangoe PS. Angela took a real passion for the Medical Dispensary and pitched in greatly at the Kilaremo library wall painting.

YANNAI made a great connection with so many children both at the student conference at work sites…he was a expert painter at Kiunguni/Komalyangoe PS. Kicks a mean football too!

DAVID led the way on the long uphill hike with his team of painters at Komela PS and at the same time was able to shoot hours of video which we all want to see. Our guitar maestro at groups singalongs!

SARAH was a bundle of energy at Komela PS in painting the library. She used the long uphill hike to practice for her climb up Mount Kilimanjaro. Sarah was also crucial to the success of the student conference in Moshi.

JESSICA was a key member of the team of painters at Kiunguni/Komalyangoe PS, and showed strong leadership skills at the student conference in Moshi. Loving the rice Jess?!

KATHI & KEN were a strong team all over the place. Ken contributed hugely at the conference and they both rolled on the paint at school libraries and taught at Ngaruma VTC.

CHRISTINE spent valuable time on a sewing project at Ngaruma VTC in the tailoring class and also painted the walls at Kilaremo PS. She also took the lead on the organization of a mountain of donations.

HERBERT dedicated his time to the completion of the painting of Kilaremo PS library, helped out at Ngaruma VTC and found time to do some landscape painting.

MARIA was passionate about seeing the completion of the library at Komela and gave so much of herself to the student conference in Moshi. Maria is a netball expert!

PACO gave much of his knowledge and skills at Ngaruma VTC in their plumbing situation and in the carpentry shop. He left behind a wealth of advice and  help.

SOPHIE was a vital team member in the delivery of the student conference in Moshi and also ‘ran’ up the mountain to Komela PS every day to paint with passion with her team. The netball queen!

JUSTINE was also vital to the ‘mountain goat’ team who went to paint Komela PS library where she handled a roller with panache, and she contributed above and beyond to the success of the student conference in Moshi.

DONALD & GLENIS were a strong part of the team painting the library at Kilaremo PS, where Glenis displayed her touch up skills.

ASHINI’S  energy was boundless at the student conference in Moshi and then she showed even more in the painting of the library at Kiunguni/Komalyangoe PS. She’s a whiz with a brush!

In addition, all of the folks on this ‘A’ team contributed selflessly their energy, talents and passion to the after school program with creative activities, games, songs. The roosters called them early every morning, the meal tables buzzed with conversation, the steep, dusty roads challenged them, colds and sore muscles came and went, and through it all they maintained a positive and compassionate spirit.

Asante Sana from Frank and Lynn 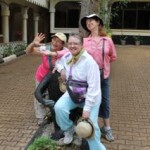 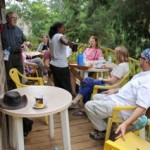 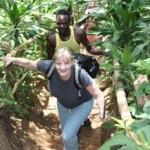 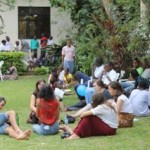 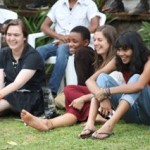 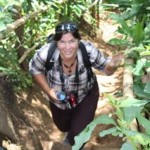 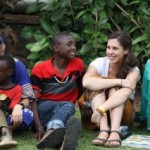 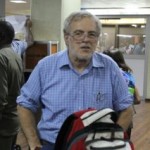 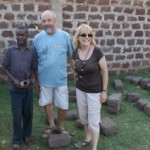 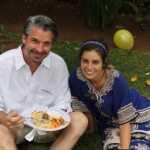 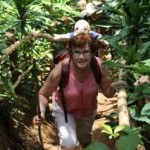 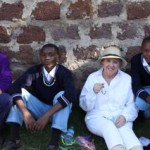 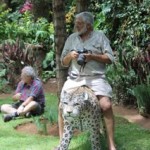